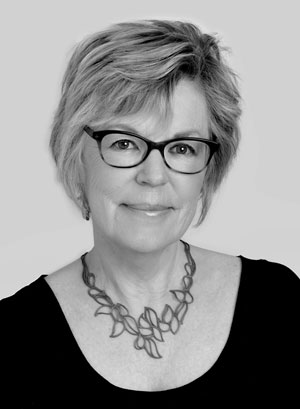 Marni Jackson is a Toronto writer whose latest book, Don’t I Know You?, will be published by Flatiron Books, NYC, on September 27th, 2016. This collection of interlocking stories marks her fiction debut.

For much of her career Marni has worked as a journalist, winning numerous National Magazine Awards for her humour, columns and social commentary. She has also published three nonfiction books, including the bestselling memoir, The Mother Zone (1992).

Although she is known for writing about family culture, her interests are broad and eccentric. Her work has appeared in publications that include Rolling Stone, Outside, Maclean’s, The London Sunday Times, Saturday Night, Brick journal and The Walrus, on subjects that include the boomerang generation, the doctor-patient relationship, big game-fishing, women in the film industry, wilderness canoeing, the medical mistreatment of chronic pain, the contents of her closet, and our secret lives with Leonard Cohen.

Marni has taught creative nonfiction courses at Ryerson University, Humber College and the Banff Centre, and is considered one of the country’s leading nonfiction writers. For the past ten years, she has been a faculty editor with the Mountain and Wilderness Writing Program, a unique writing residency at the Banff Centre. She has also served as the Rogers Chair of Literary Journalism at Banff, and worked as a senior editor at The Walrus in its ascendant days. Her professional roles have included a stint as book columnist for the Globe & Mail, several years as host of the TVO book show, Imprint, and ongoing work as a freelance editor.

In 2015, Marni was involved as co-writer of the film, Al Purdy Was Here, directed by her husband, Brian D. Johnson. This feature documentary about English Canada’s greatest and most unlikely poet premiered at the Toronto International Film Festival, where it was voted second runner-up for the Grolsch People’s Choice Documentary Award. Featuring an all-star literary cast that includes Margaret Atwood, Michael Ondaatje and Leonard Cohen, with original music by Bruce Cockburn, Sarah Harmer and Tanya Tagaq, the film has been shown in over 60 cities and towns, as well as at film festivals in Havana and Panama City.

The impetus for this project grew out of Marni’s involvement in a national fundraising campaign to restore Al Purdy’s home-made A-frame cabin as a writer’s retreat. (It’s now up and running). She is also working on a stage show about Al Purdy’s life.

The author’s first book, The Mother Zone (Vintage) was a critically acclaimed Canadian bestseller that remains in print 24 years later. This memoir, a finalist for the Stephen Leacock Award for Humour, brought dark comedy, a stylish narrative voice and a feminist perspective to the experience of motherhood a decade before the current wave of first-person writing on the subject.

Pain: The Science and Culture of Why We Hurt

Pain: The Science and Culture of Why We Hurt (Random House) was the result of five years research into the ways that both literature and medicine have tackled the subject of pain. Written in an engaging personal voice and well ahead of its time in challenging conventional thinking, Pain was nominated for the Writers’ Trust Pearson Prize for Nonfiction in 2002. (This was published in the US by Crown under the title Pain: The Fifth Vital Sign.)

Home Free: The Myth of the Empty Nest

Home Free: The Myth of the Empty Nest (Dundurn) is both a memoir and an essay about the emerging values of the millennials—values that often include sticking close to home, and redefining the word “job”. Candid, comic and insightful, Home Free anticipated the parental anxieties that continue to swirl around the generation now coming into power.

In addition to her role as co-writer of Al Purdy Was Here, Marni has collaborated on feature screenplays, and worked in development at Telefilm Canada and at the Canadian Film Centre.

Before tackling her book projects, Marni spent five years writing for the theatre, collaborating with a trio of legendary Toronto performance artists and choreographers known as The Clichettes. She co-wrote two of their stage shows, Half Human, Half Heartache, and She-Devils of Niagara, which had productions in Ottawa, Vancouver, and Toronto, at Factory Lab Theatre. This was the most fun and least remunerative period of her professional life. Writing dialogue for a wax museum statue of Mother Teresa may have laid the groundwork for her current book, Don’t I Know You? which also features embedded cultural icons.